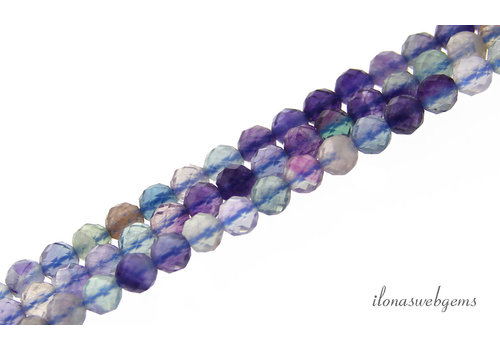 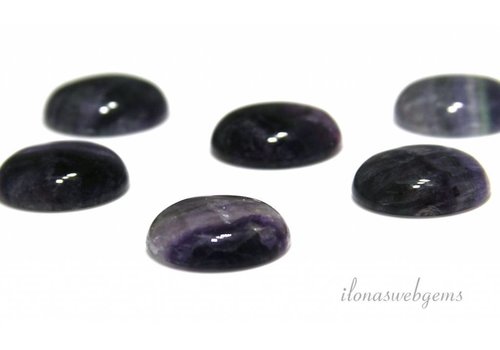 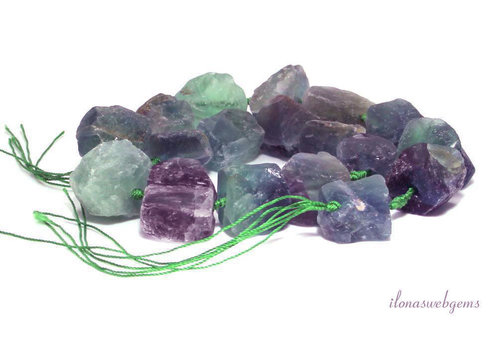 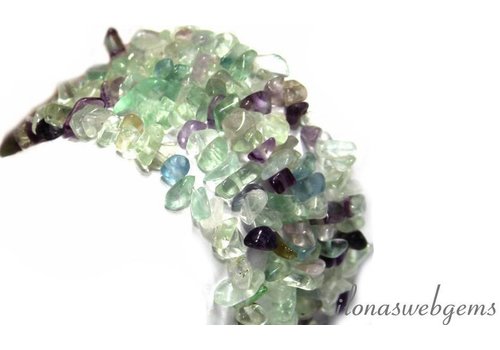 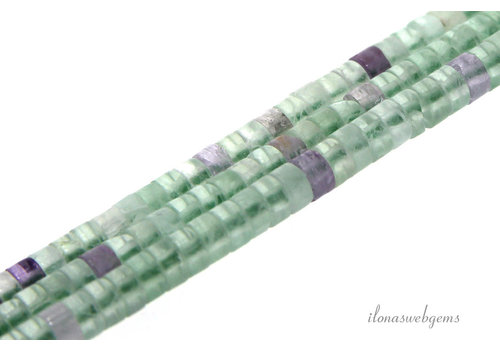 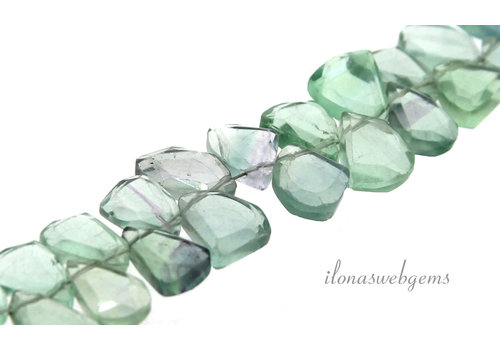 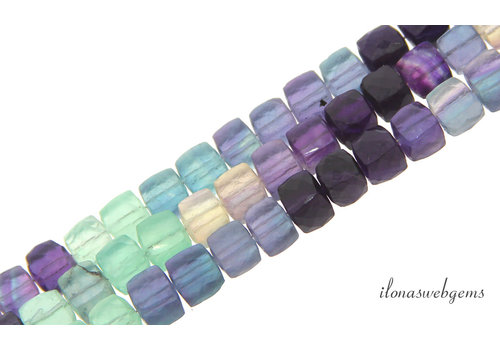 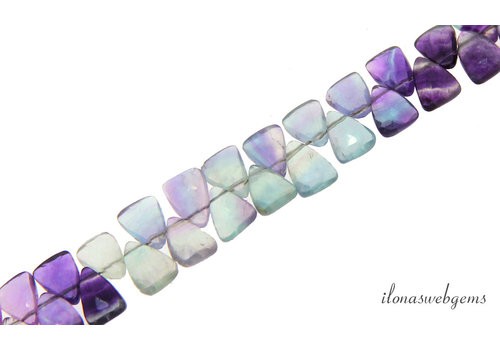 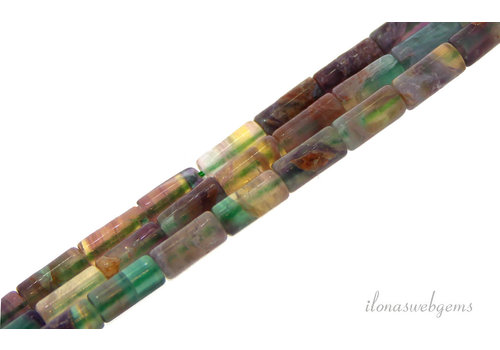 The names of Fluorite beads or fluorspar are derived from the Latin fluere, which means to flow, to flow. The name of the element fluorine is also derived from it.
In its pure form, Fluorite is colorless, but depending on the trace elements it contains, it can have different colors. The Ancient Greeks and Romans loved Fluorite. They made bowls and dishes in all kinds of colors. Fluorite was so popular that it was even counterfeited to meet the demand! Especially the blue Fluorite, which was found in England, among other places, was incredibly popular.

In China, Fluorite has also been a popular gemstone for centuries to make figurines and utensils. That's because it's a soft rock and so easy to cut and work with. The Chinese considered the green Fluorite beads - just like all other green stones, by the way - as a powerful talisman and amulet. The mineral of the Fluorite beads is said to provide protection against witchcraft and devil arts.
From the mid-eighteenth century, Fluorite was used as a fluorspar in the processing of metal and glass and in the manufacture of various colors of enamel.

The effect of Fluorite beads

Fluorite is a protective and stabilizing stone, which increases self-confidence and helps to structure our lives. The stone provides insight into limiting behavior and thinking patterns and suppressed feelings and has an emotional stabilizing effect. Because the stone promotes concentration, Fluorite is a good stone to wear while studying. In addition, it protects against and cleans electromagnetic radiation (for example from computers and mobile phones). The Fluorite beads have a positive effect on stiffness, joint problems (such as arthritis) and rheumatism. They are good for the bones and teeth and it relieves the pain of shingles and other nerve pains. Furthermore, Fluorite beads have a beneficial effect on the skin (for example on pimples and wrinkles) and mucous membranes, especially of the respiratory tract.

The hardness of Fluorite is 4, the density is 3.2

Fluorite beads belong to the zodiac sign Aquarius and Pisces.