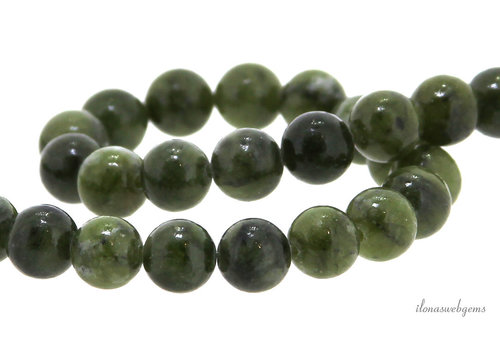 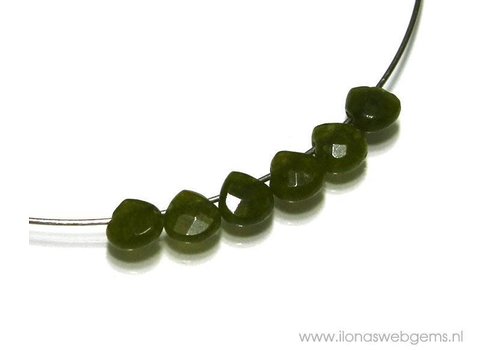 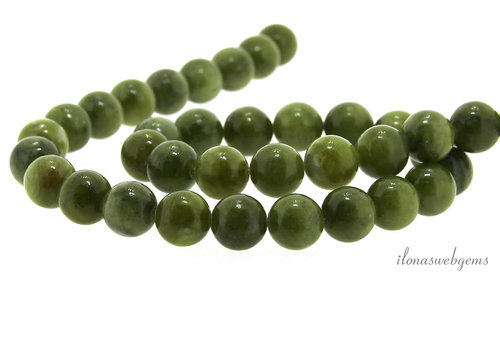 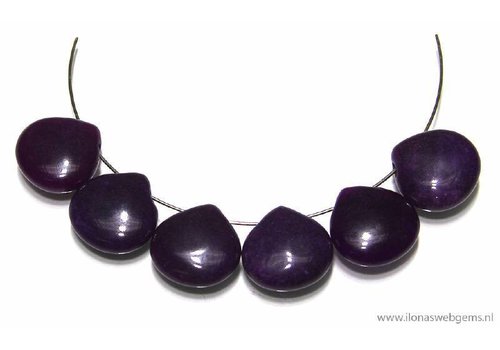 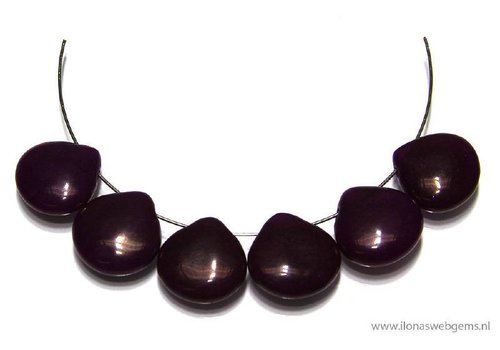 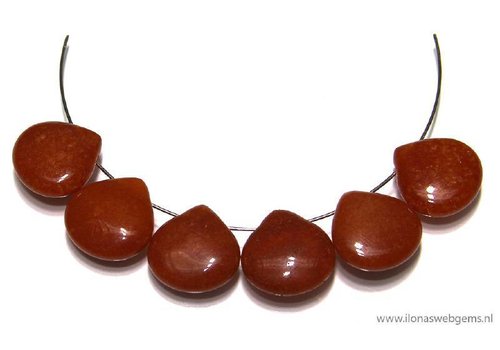 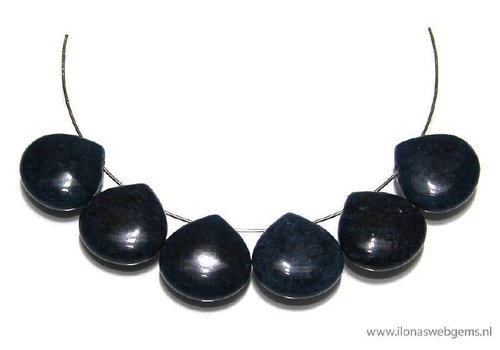 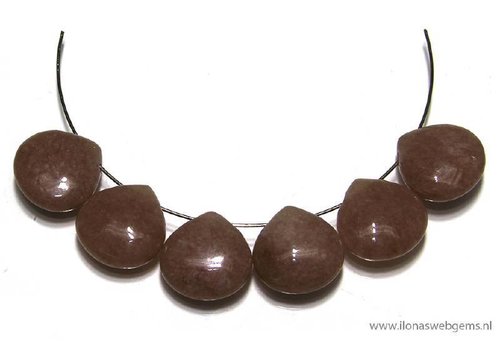 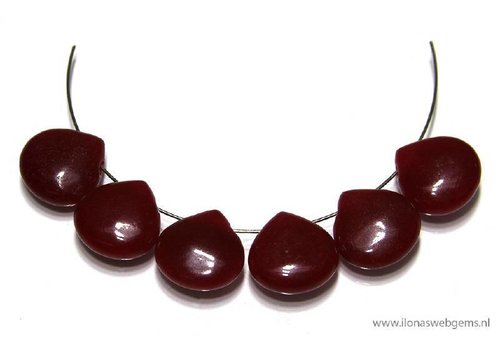 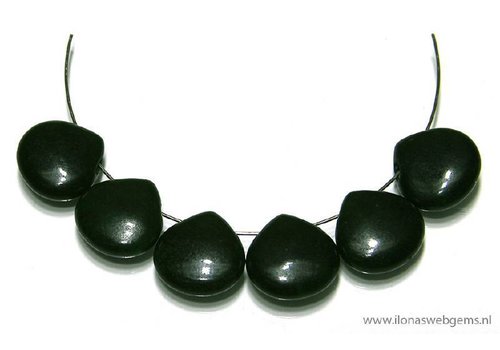 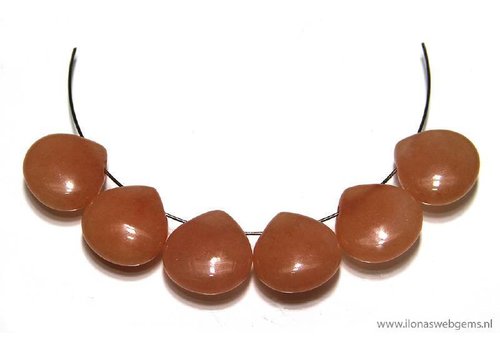 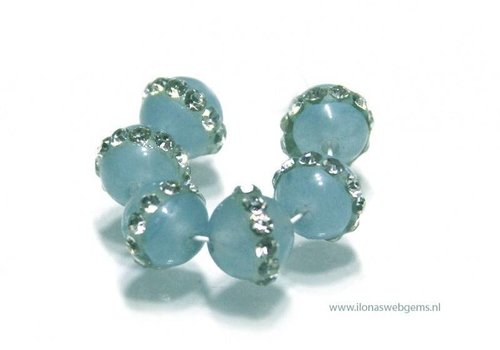 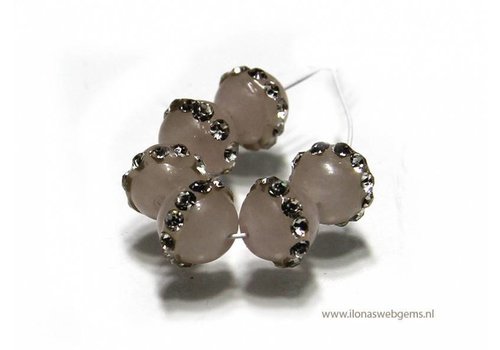 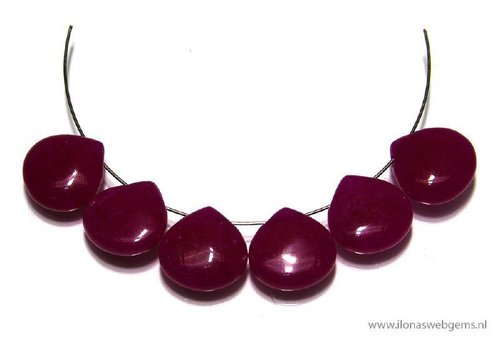 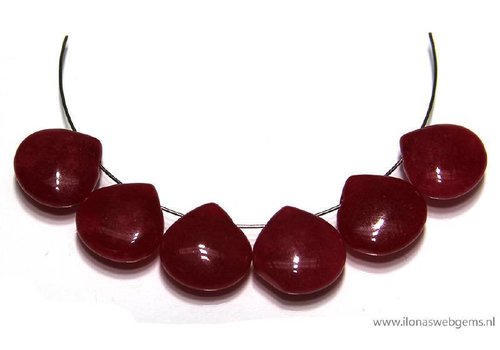 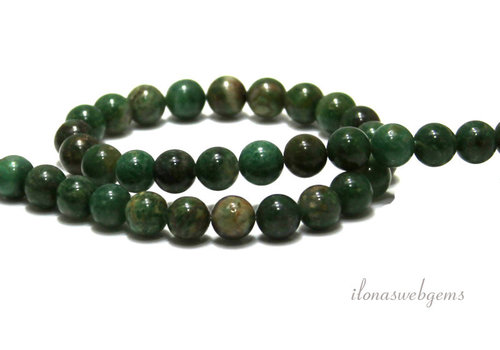 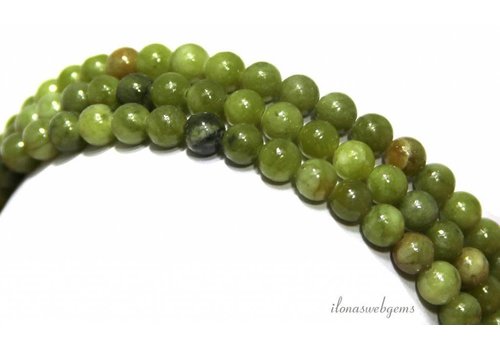 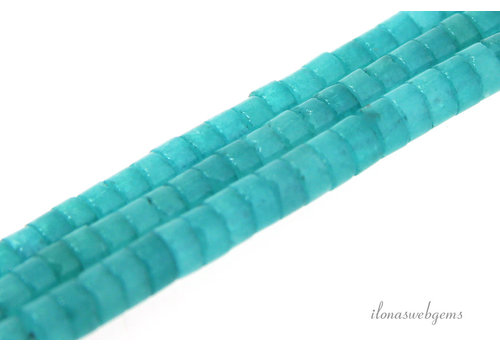 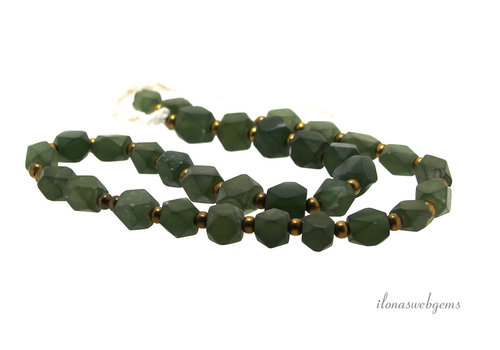 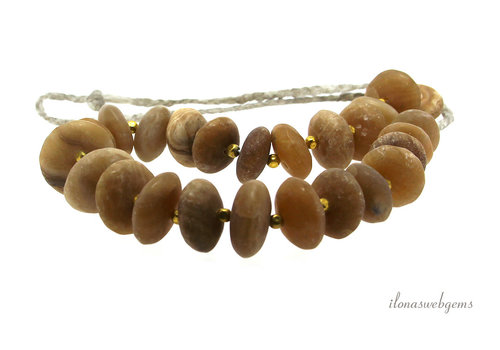 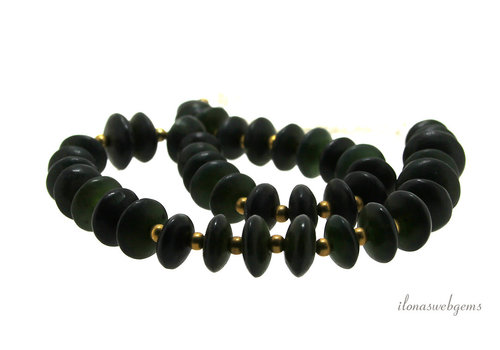 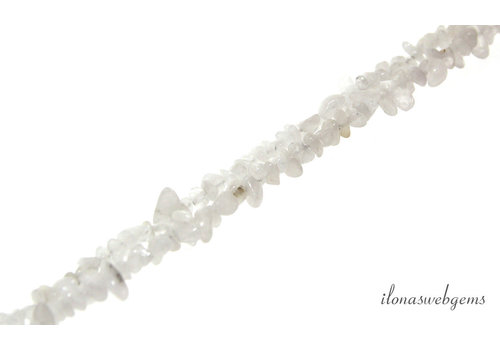 Jade is 1 name that is traditionally used worldwide for 2 minerals that fall under this heading, namely Jadeite and Nephrite. However, there is a big (price) difference between Jade beads .

It was not until 1863 that it was finally discovered that Jade was a word for two different gemstones: Jadeite and Nephrite. One (Nephrite) available in abundance, the other (Jadeite) a rare and therefore precious gemstone. And that while Jade has been mined and processed all over the world for more than two thousand years! The Chinese, of course, were the first and made it part of their ancient religious cult. The ancient Maya and Aztecs turned out to value Jade more than gold and the Maoris of the seventeenth century discovered how well Jade could be worked for amulets and for tools. It may surprise you but Jadeite in pure form is white! It also comes in other colors, mostly pastel shades: green, pink, brown, red, blue, orange, and yellow. 'Imperial Jade' is the exception: striking emerald or apple green. Extremely rare and therefore very expensive. Incidentally, in Chinese culture, only processed Jade is valuable. In 'Sanzijing', a book that was used as a manual for primary education from the 13th century to the 1950s, it says: 'If one does not polish Jade, it is not a precious thing. If a person does not learn, his life has no meaning, because he does not know the norms, values and respect of life and will therefore never become talented'. Use it to your advantage!

Nephrite Jade is harder than steel; they used to be used to make weapons and tools! The colors of Nephrite are less delicate and less pure than those of Jadeite. Characteristic are the colors spinach or sage green. At least darker than the green of Jadeite.

Jade is a cleansing and protective stone (especially against physical injury) and provides harmony and balance. The stone promotes self-realization and self-reliance and helps to release negative emotions and irritation. It promotes nurturing and tolerance. Jade encourages coming up with all kinds of ideas and also the decisiveness to put them into practice. Physically, Jade has a strong cleansing effect, balances all kinds of bodily systems and removes toxins from the body. It has a positive effect on kidneys and adrenal glands, bladder, the nervous system, fertility and childbirth.