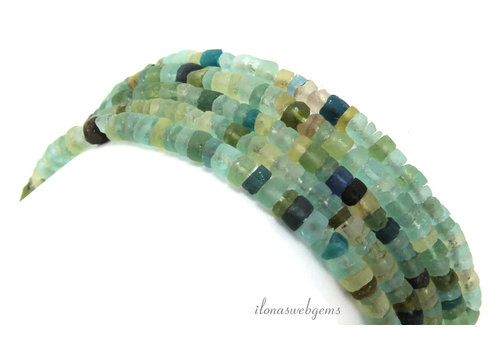 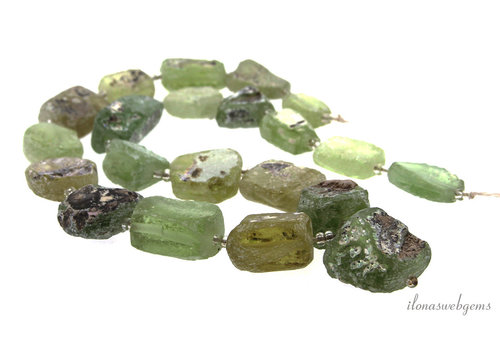 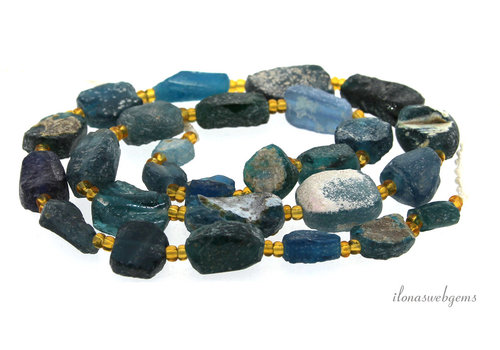 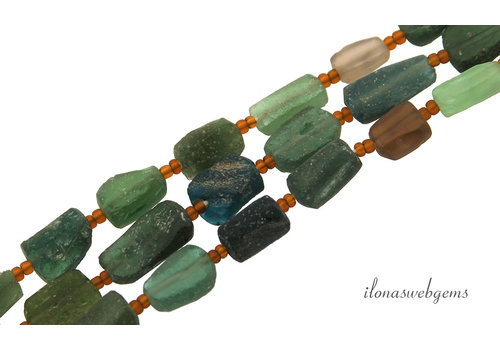 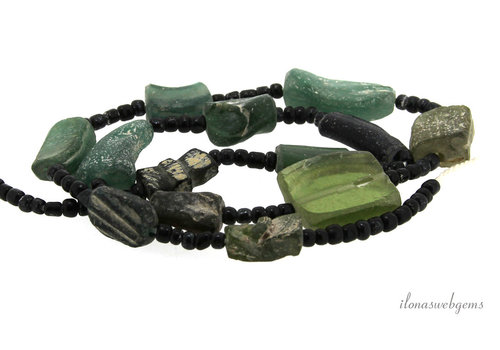 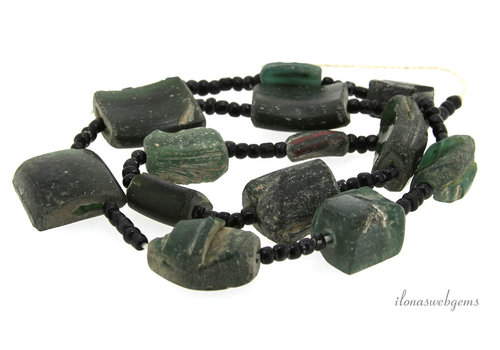 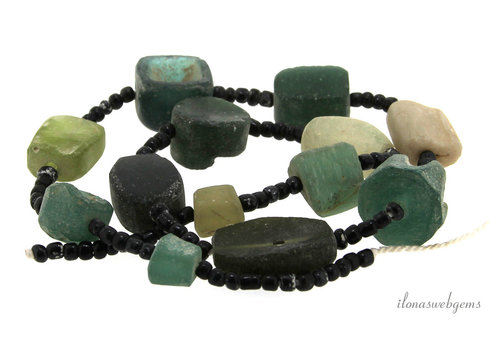 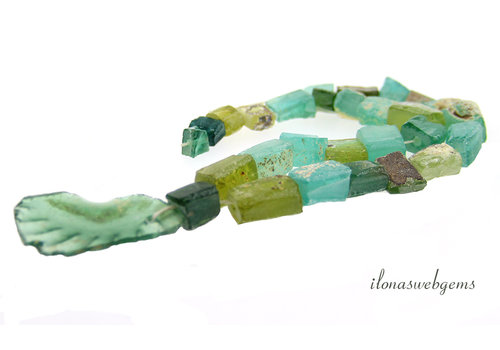 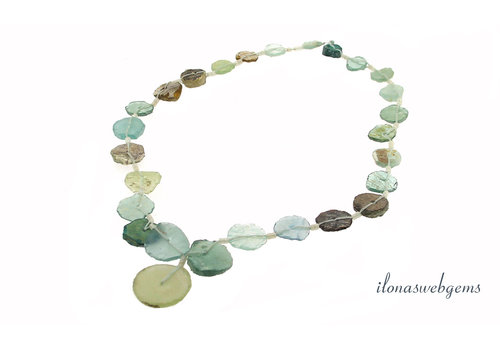 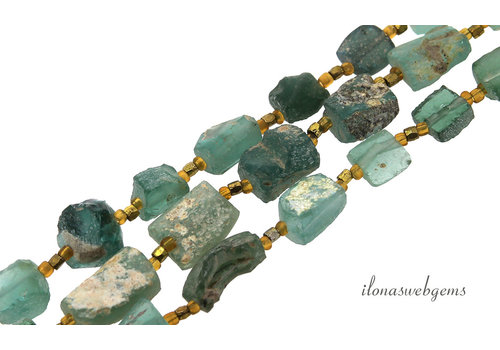 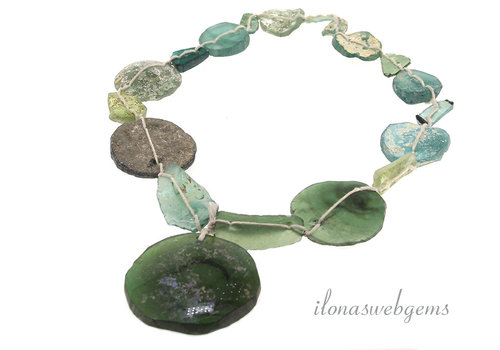 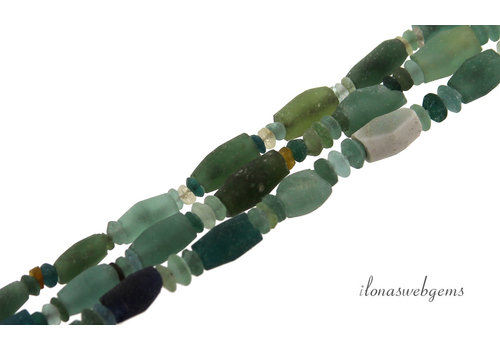 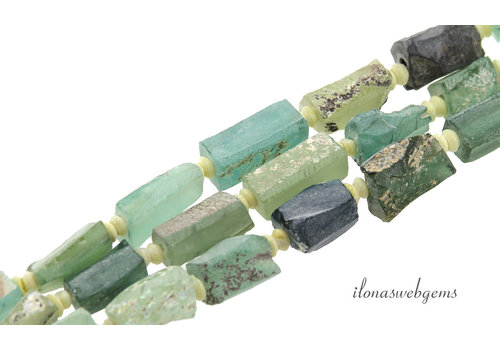 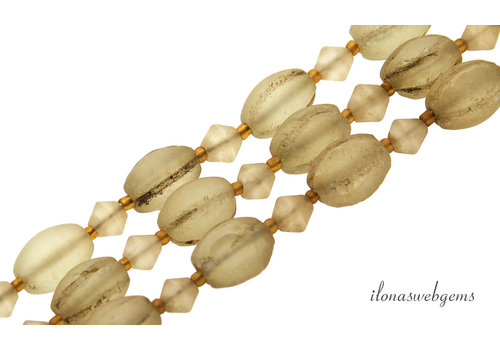 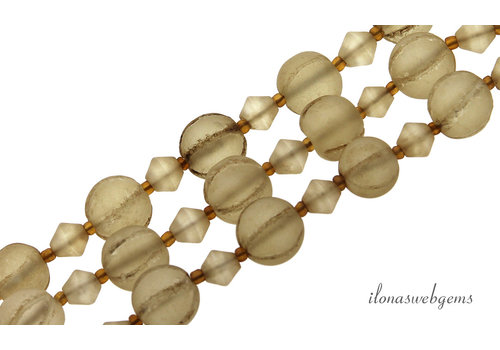 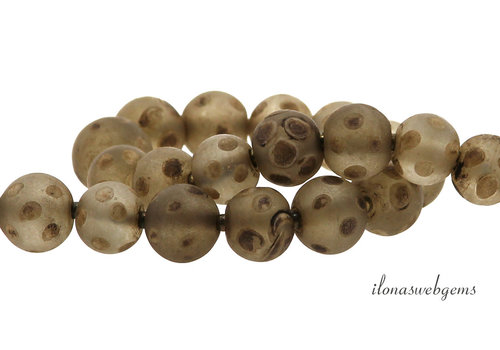 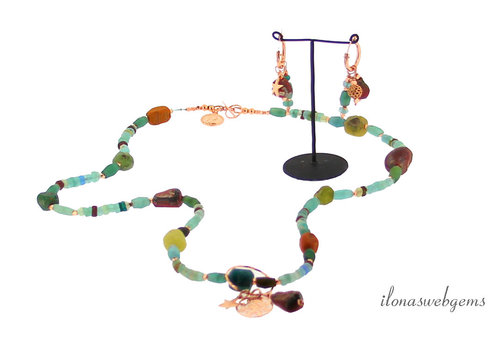 Roman glass beads
The Imperium Romanum, also known as the Roman Empire, was originally a city-state on the Italian peninsula. From the sixth century BC it grew into a realm of about six million square kilometers and then covered all countries around the Mediterranean.

Even at that time, the ladies liked to be well dressed and to add jewelry and necklaces. They often wore several pieces of jewelry at the same time.

Although the prominent citizens could also choose from precious metals, (semi) precious stones and pearls, they still liked to choose Roman glass jewelry. Because that was already there in the most beautiful colors!

Ancient
The term "Roman Glass" is used to refer to ancient glassware. Because not only beads were made from Roman glass. Utensils such as pots, vases and bowls have also been found. Oil and perfume were added and ointments and medicine drinks were stored.