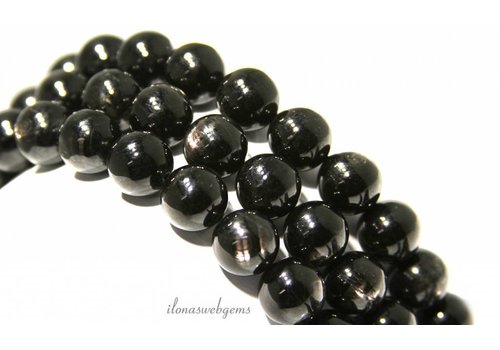 The Hypersthene is also called velvet labradorite due to its appearance. That's because they have the same special shades that make it seem as if the stones come to life from within. Quite confusing, because in terms of both composition and energy, hypersthene has no further resemblance to labradorite.

Additional facts
The name hypersthene is derived from Greek. It is a combination of the two words Hyper (above) and Stenos (strength).
The hypersthene is found in Australia, China, Germany and the United States.

How easy can it be?

If you order the beads through our bead wholesaler online on Monday, Wednesday or Friday before 5:00 pm, you will usually have the beads and/or jewelry components at home the next day!