Pyrite beads - for a special piece of jewelry! 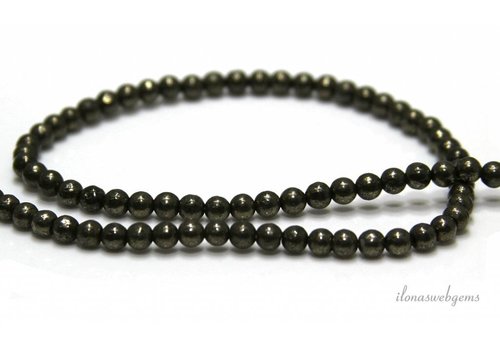 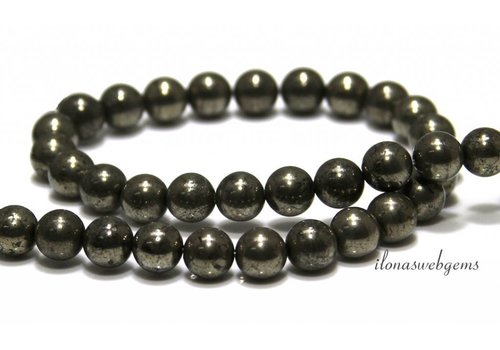 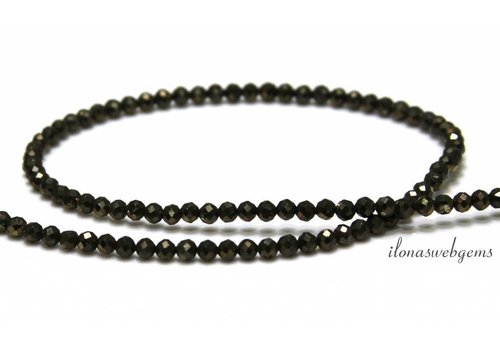 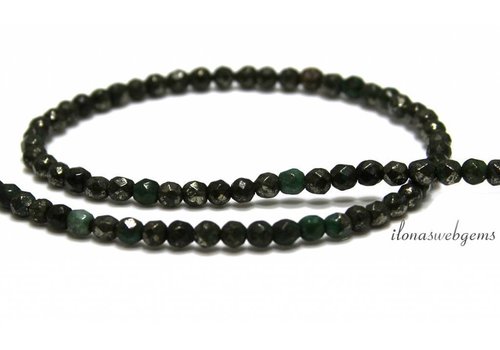 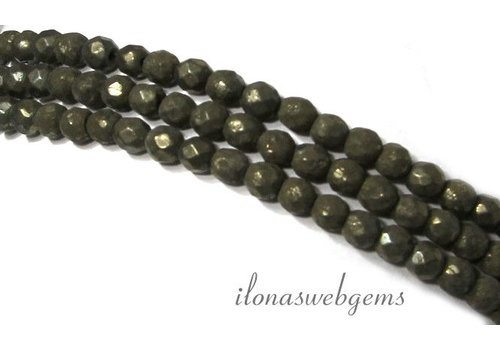 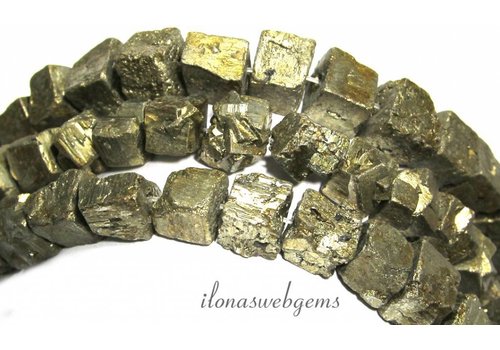 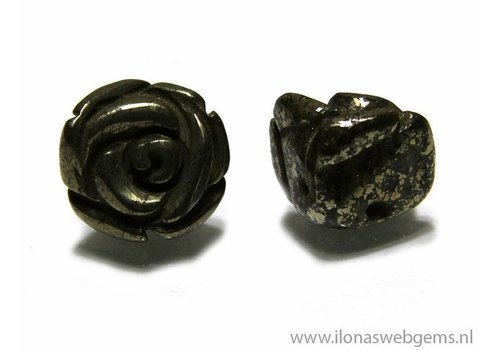 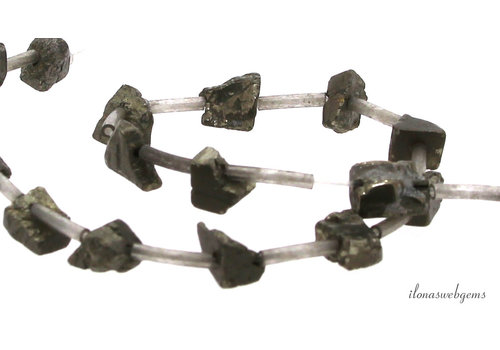 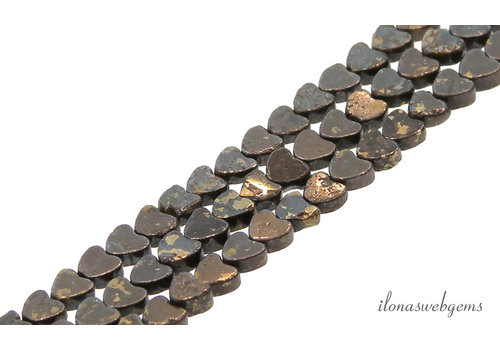 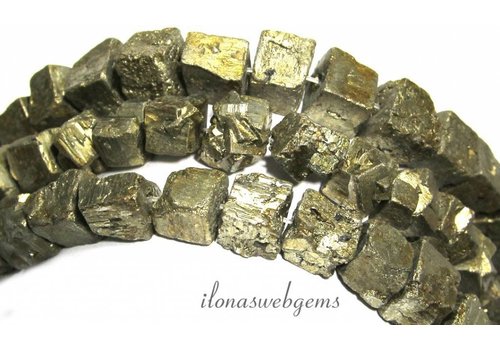 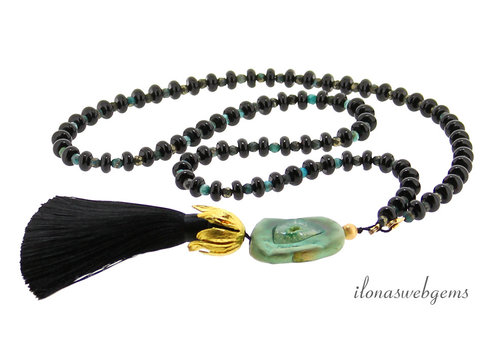 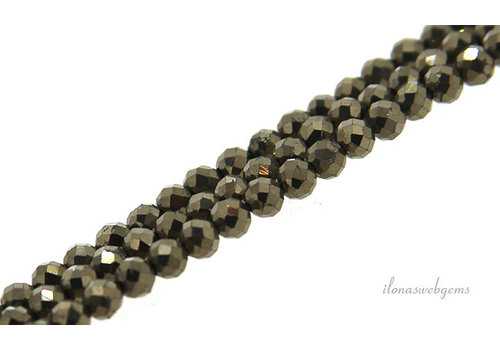 Pyrite is a mineral with a rich history. In ancient times it was used by the Greeks to make fire. Genuine pyrite fly ie if you hit it off easily sparks. Pyrite is also the Greek word for fire. Also in the more recent history pyrite plays an important role. In the 16th century gunpowder was discovered which led to the development of firearms. Pyrite was then an important part of the mechanism of these firearms. Later it was replaced by flint. Pyrite is in fact fragile and flint proved reliable in key situations. Traditionally, pyrite also used in the making of steel, and the making of sulfuric acid. This sulfuric acid is used again in the petroleum refining, fertilizer, paint and explosives.

We use pyrite for the manufacture of jewelry. There are 'babies' of cut and put in jewelry as marcasite. Scientifically speaking, this is incorrect. The real marcasite resembles but pyrite oxidizes quickly in air to powder. the real marcasite is therefore unsuitable for use in jewelry. So it is obvious to use pyrite and marcasite in jewelry. The roses that are cut them have a typical form. They are faceted around and at the top in which the facets run to a point in the middle. The underside is flat. Because pyrite is opaque (non-transparent) but has a nice sheen, this diamond shape is ideally suited for this mineral. They are the most beautifully into their own when they are put in solid silver with graining. These graining be inserted from the surrounding material and bent over the rose. The florets are often put in an ascending size in jewelery. They guide as it were, the eye to the focal point coming after the last and largest rose; a gem in a beautiful color.

Did you know that Pyrite and Jet beads can oxidize?

Do you ever make jewellery with the beautiful gemstones; Pyrite or Jet (Lignite)? Then this is something you should know. It’s possible that Pyrite and Jet Beads(Lignite) could spontaneously fall apart, leaving but a pile of dust behind. This is due to the oxygen in the air, which causes the iron atoms to oxidize. Pyrite can therefore begin to rust. Additionally, the sulfur in Pyrite can be converted to sulfuric acid when under the influence of oxygen, whereby iron sulfate crystals arise. If Pyrite is in limestone, such as in the quarry in Winterswijk, white gypsum crystals are formed from the sulfuric acid.

This “falling apart” of Pyrite is also called the “Pyrite-disease”. It can be easily prevented, though, by preserving it in airtight material. Many people have their own home remedies to prevent the Pyrite disease. One can protect the crystal by placing a very thin, air-tight layer on it. For example, if you dissolve glue in acetone and apply it to the crystal, the acetone will evaporate and a very thin layer of adhesive on will remain on the Pyrite crystal. Some people also swear by impregnation with paraffin.

Pyrite beads can be treated with ZAPON, a special lacquer with a nitrocellulose base. This prevents oxidation and ensures that the beads remain in good condition. There are several variants of this product for the likes of for paper, wood and other materials, so be careful where you buy it and always read the leaflet!

In case you’re curious for Pyrite Beads(which would be totally understandable), take a look in my shop: just click here. .